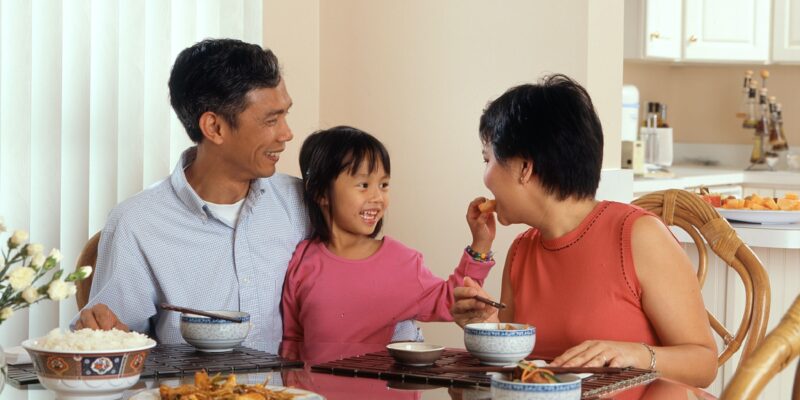 It’s a frequent question in the minds of many women who are in relationships with men. Do they know something that we don’t? Why do guys always go back to their baby mamas?

And is there any way to change this pattern? If you’re asking these questions, know that you’re not alone. This cycle can be challenging to understand and frustrating for all parties involved.

But it also offers an important window into the male psyche, which women need to understand if they want to maintain a healthy relationship with the man in their life.

Reasons Why Guys Go Back To Their Baby Mamas

He Still Has Feelings For Her

Yes, sometimes men do go back to their baby mamas simply because they still have feelings for them, just as women may stay in relationships for the same reason. And sometimes, those feelings are so strong that they don’t know how to deal with the reality that their relationship is over. So they will unconsciously cling to her to make sure they feel wanted by her. For example, they can try by constantly calling her and sending flowers. Just to try and get that attention and affirmation that they desire.

The Sex Is Great

As long as a baby mama is still attractive and sexually available, that’s a relationship that’s hard for many men to walk away from. Even if the relationship ended because of problems around money, insecurities, cheating, or abuse, every man has needs that can’t be ignored.

So if the sex was great and this guy is about to go along, lonely stretch without any sexual release, he will be compelled to see if he can get back in the saddle.

He Still Has Unresolved Issues About His Father

One of the most painful things a man can experience is feeling that he’s not good enough for his father. His father may have been an absent or distant parent, or he could have been abusive, angry, or critical.

As long as this wound is not healed, a man will feel an urgent drive to go back to his baby momma despite the fact that she’s not good for him or have a good influence on his life. This is one of the reasons why men seem to go back to the women raising their children. So that their children may not have the same experience they did when it comes to the male role model in their life.

The Concept Of Sleeping With Another Man Makes Him Uncomfortable

Some men don’t do well in the presence of other men. They may be bothered by how their baby mamas seem to act or look when she is with another man and in the presence of their child. This may cause them to feel some type of insecurity or even anger. So he will go back to her for reassurance and make this feeling go away.

He Has Kids To Raise

This happens because men want to be strong parents and want the same things from their kids as their biological dad did for them. As long as there are other children in the home who look up to him and see him as a role model, he will want his baby mama back in order to make sure his kids are getting what they need from him.

He will already feel a sense of responsibility for their children and doesn’t want to let them down by walking away from the family or having limited communication with them.

Some men aren’t sure how to be single. They want a woman by their side, but they don’t want a relationship or commitment because of what it means to be single or because of their fears about commitment. They won’t be able to deal with being alone well, so if they don’t have another woman in their life, they’ll go back to their baby mama.

He Feels That He “Owns” Her Because He Pays Child Support And/Or Lives With Them.

He feels entitled to her time, energy, and affections, particularly sexually, because he provides financial assistance for her and the child. So he will use any and every way he can to make sure he’s around, even if it means having to pay child support, even if she says no. And with so much of her time going toward the children, sometimes she may be willing to allow him access to her body as long as he continues to provide financially, and he knows it.

How To Deal With The Return

If you have had the unfortunate experience of finding that you are in a relationship where your guy has decided to return to his baby mama, you will have to deal with it. What you must remember is that we are all people, and as such, we are flawed. We all have issues and a capacity to love that may or may not be consistent with the decisions we make. But if he is willing to make changes, you must be willing to accept this and offer him the support he needs. Just be sure to openly and freely communicate all of your concerns and needs to him so that he will have a starting point for making changes.

If you have been in a situation where your guy is going back to his baby mama, remember that it is important for you to take care of yourself. As painful as the process may be, it is important to stay strong and focused on yourself. If you can stay strong and healthy, then you can better take care of yourself, and no one will get the chance to hurt you again.

This means that it doesn’t matter what he says or does, but rather what actions he takes based on who he really is deep down. So, if his actions match up with his words and show that he wants to work on the relationship with you, then give him another chance.

When Should a Father Stop Cuddling with His Daughter?